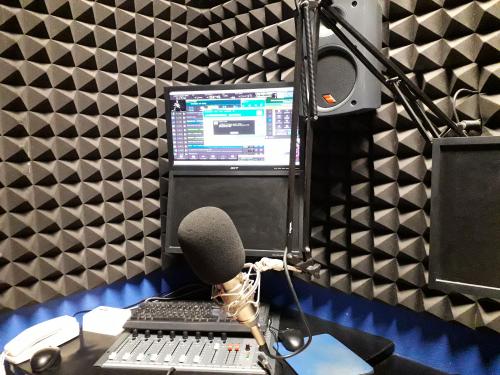 So it happened.
Barely one month after marching in the streets of Warsaw with the Schuman Parade’s crowd, our city of Cagliari was to become the stage for the next act of Recon Europe!

As you’ll soon find out, we had a fair streak of bad luck and it wasn’t a completely painless experience from the organisers’ point of view, but it still was a blast and it did bring us a good deal of satisfaction too. Unfortunately we weren’t allowed enough time to properly develop the outcomes of the visit before departure day, but we collected a whole lot of very interesting material, which you’ll soon be seeing popping up on this website and on our social media.

We were also joined by our four EVS volunteers, Arwa, Carolina, Irena and Hussein, who’ve been with us for just over a month and came to give us a hand, take some pictures and see up close what Recon Europe is all about. 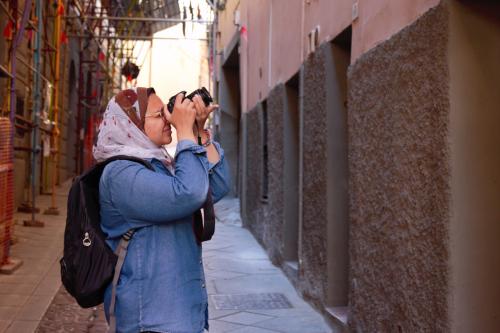 The event did have a bit of a false start.
First of all, it ended up overlapping with the last day of school for our Italian participants, who are mostly high-school students and currently very busy with their final exams, and that made it a bit more difficult for them to be fully engaged in the preparation phase and activities.
Then, out of the blue, a national strike of airport and railway personnel was announced for what was supposed to be arrival day, and most of the international participants had some - or a lot of - trouble in getting to Cagliari.
One group had their flight cancelled twice and had to do a stopover in Spain, before finally arriving tired and hungry quite later than expected; another group had it even worse, their flight was cancelled a whopping three times and they finally managed to arrive, one adventure after the other, only after travelling down the whole length of Sardinia and with one whole day of delay.

Between late flights and long journeys, on the first day we ended up lacking most of the group until well after dinner, which is why we had to skip our usual re-connecting activities, getting to know each other and full presentation of the program that we had planned for that same afternoon.

Nevertheless, on the second day things started moving forward.
In the morning, we split in two groups and rotated between visiting the heart of the city centre and visiting the headquarters of Unica Radio, our local partner in the project, where the manager Carlo told us a bit about their work and mission, their future projects, and showed us their recording studio. 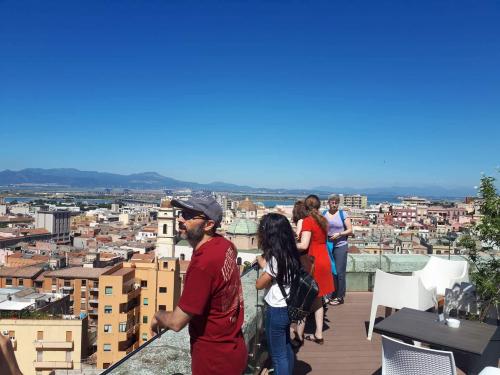 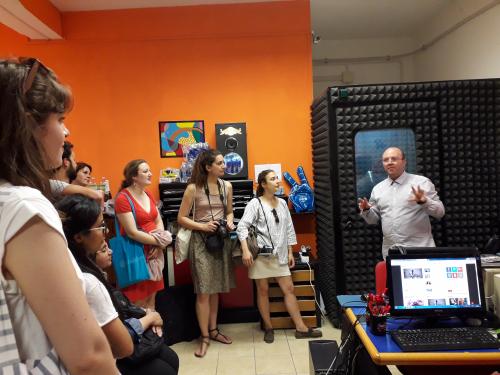 After lunch, the whole group reunited for a workshop with Carlo himself, who gave us some tips and tricks on how to conduct an interview to get ready for the core activity of the following morning: the Street Interview Challenge, where we sent the Recon-teams out in the city centre to interview passersby and collect their opinions. 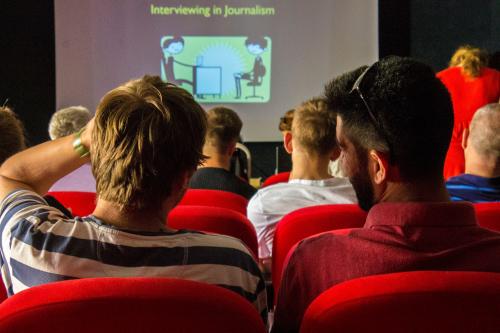 During the workshop, we took some time to prepare for the challenge. Some brainstorming and a lot of ideas brought us to land on three main topics that the group wished to learn more about: 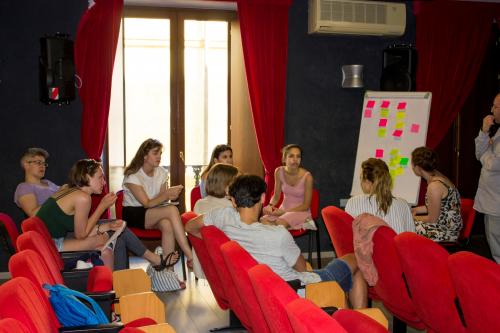 The group was then split in teams, according to the chosen topics and each supported by some Italian participants to help out with translating for non-English speakers, and we gave them the task to plan their interviews, write the questions, practice using the recorders and even, if they so wished, start looking for some people to interview around the centre and do a test run. Some chose to finalise the questions or spent some more time translating them into Italian, some others decided to start with the challenge already and went out with recorders and phones in hand to talk with the locals. 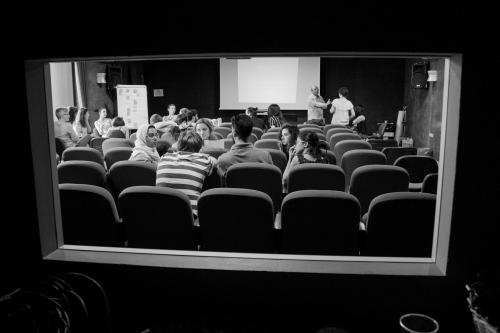 After dinner, we were finally joined by the last international group, who was still travelling, and as a welcoming gift and a reward for a long day’s work for the participants, we all went for ice-cream and a walk by the city harbour.

The following morning, the Street Interview Challenge took place and it was great!
Some teams had more luck than others, but all in all, everyone managed to collect some material and opinions from the citizens of Cagliari.
As mentioned above, we are now processing all of these interviews, together with the ones the Italian participants collected during the preparation phase, and we’ll be soon publishing a collection of the best quotes from them all. 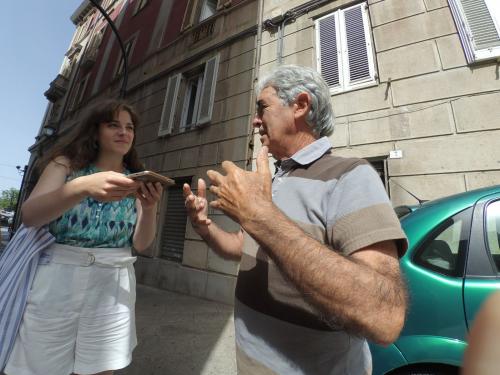 At the end of the challenge, we headed to the seaside, where we had lunch by the sea and ended up with a quick evaluation before letting everyone enjoy the sun for a couple of hours.

We couldn’t let the group go home without a final pizza party and ice-cream, of course, and a last match of table football - at which, I’m told, one of our girls holds the record for best player. Who knows, maybe in Serbia, next October, there’ll be a chance for a re-match… 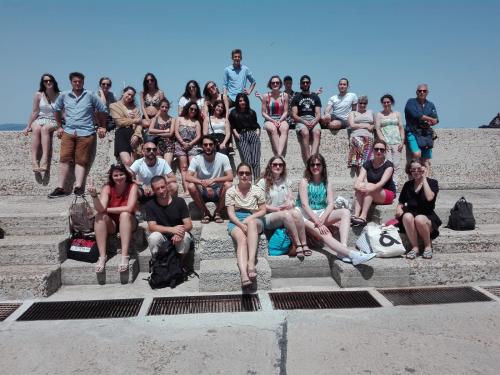