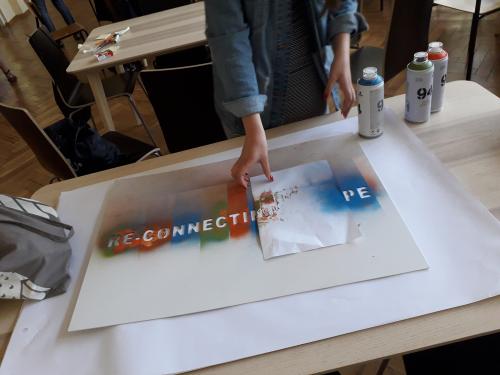 The time finally came for us to fly to Poland and meet again for the third transnational meeting in the Recon-Europe journey. This time excitement was in the air more than usual!

In fact, not only did we “go back to school” for a whole day to discuss more about solidarity and its meaning, and to prepare some posters and colourful messages for the following day, but during most of Saturday 12th we were involved in the very colourful Schuman Parade, which took us around the centre of Warsaw and gave us the chance to learn more about Europe and the EU, solidarity and inclusion.

We flew to Poland one day in advance, arriving there on Europe Day, and we managed to get a little glimpse of Krakow before boarding the bus that would take us to Warsaw, where we arrived on the very hot and sunny afternoon of Thursday 10th. 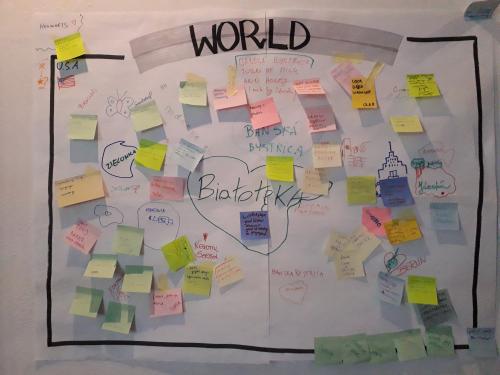 The first day was spent with the usual getting to know each other and team-building activities, where we were given a chance to meet some new people and “re-connect” with those people we’d met before, some in Germany, some in Slovakia.

The full program of the meeting was disclosed and we had a fun time answering questions about each other’s countries in a very heated Kahoot quiz!
Fun fact: the very multicultural German team was first, but closely followed by our own also very multicultural one. 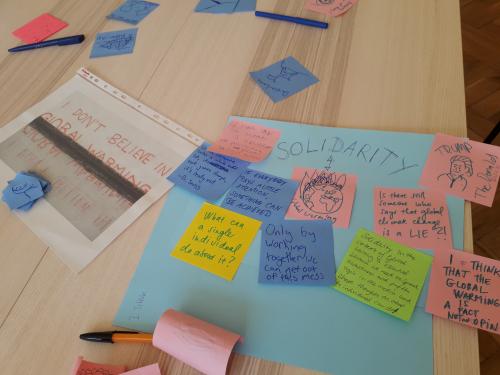 The next day was spent at Prus Highschool, the very nice and bright school the Polish group goes to. We had a workshop filled day all about solidarity, its meaning, how to raise awareness about it, how to express it through different media and we ended on a very entertaining note by picking up some spray paint and preparing some very colourful signs and posters for the parade. 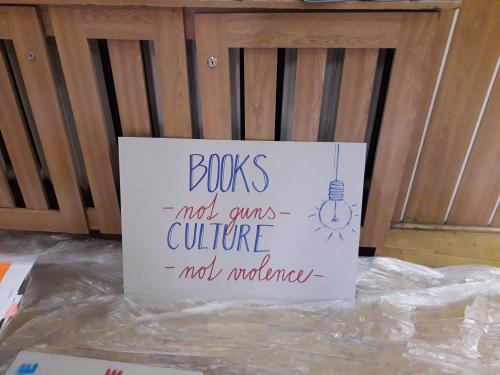 The third day was all dedicated to the Schuman Parade.
This annual event gathers institutions and organizations from all over Poland that share the idea of European education and integration in order to celebrate the Europe Day. There is special place called Schumanville with lots of tents where all these institutions/organizations present themselves to the public, and one of the tents was dedicated to Reconnecting Europe. 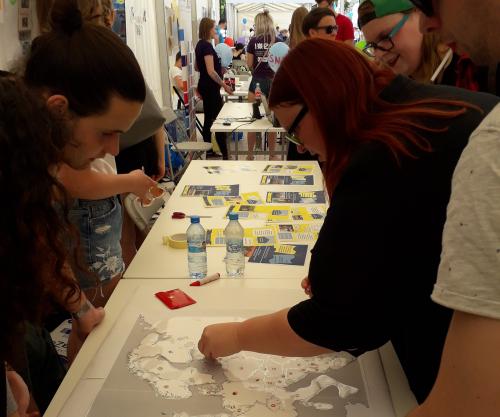 As with the previous meetings in Slovakia and Germany, once again each group had a task to complete before the event, and this time it was to prepare some playful and entertaining activities for the people strolling around Schumanville and approaching the Recon Europe tent, so each group was to be in charge of activities for one hour and was free to stroll around the tent village for the rest of the day.

In the end, of our three activities the most successful one was our “Reconnect Europe” puzzle game, so much so that we gave it as a gift to our Polish hosts, to be used for future projects if they wish.
The German giant Jenga about volunteering was also a big hit, and the Slovak polaroid photoshoot with Euro-positive messages attracted a lot of people as well.

The march itself was quite short, but very colourful, and we contributed to that with all the beautiful signs we had made during the previous day. 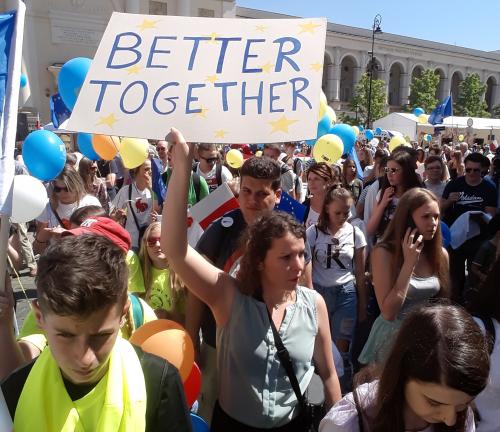 After the parade, we were given free time to enjoy the beauty of Warsaw, and we met again for dinner and the final evaluation session, after which we strolled around town some more, saw a quite interesting musical fountain show and even got a chance to watch some of the Eurovision contest finals.

And now, it’s time for us to host the next meeting in Cagliari... Stay tuned!