Posted by Giulia on Wednesday, 21 November 2018 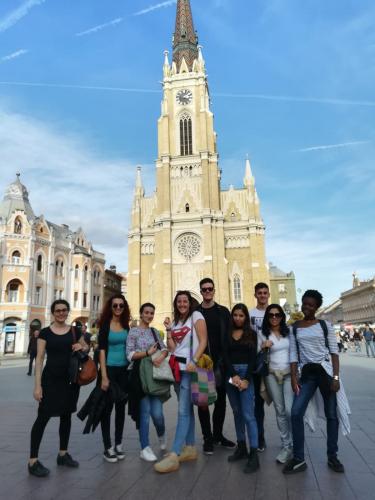 After one year of activities, workshops and events, like all good things, this project too had to come to a close, and so the fifth and final transnational meeting of our Reconnecting Europe adventure came to pass.

This time the program was split in two locations, the historical town of Sremski Karlovci and the soon-to-be European Youth Capital and Capital of Culture, Novi Sad. The topic of the meeting, this time, was truly the one of Re-connecting Europe, with some opportunities for contact making and networking, some public sharing of our journey and a brainstorming session for cooking up new project ideas for the future.

With the cooperation of the Sardinian CASMI (Comitato Associazioni Sarde per la Mobilità Internazionale), our partner Associazione Malik and their Eurodesk network and our new partner from northern Italy, Cooperativa EduActive, plus some old friends, we managed to form a very diverse group: some very young, some older and more experienced, some at their first Recon Europe experience and a few who’d been with us from the very beginning, some still going to highschool, some studying at the university and some who are youth workers or teachers, and we even had one who lives in Italy but is originally from Spain.

Our almost entirely renewed group came together just a couple of weeks shy of the event and was spread all over the country, this time, so we had little chance to prepare for the upcoming adventure, but with new people came new energy and motivation and so we managed to meet up and brainstorm some ideas through Skype. 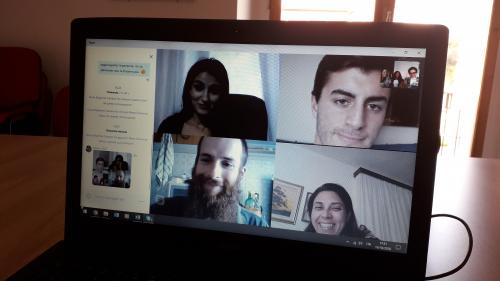 One of our girls had a bit a of bad luck, missed her flight and was forced to join us one day later, but the rest of the group managed to get to the venue in one piece on Thursday 25th early evening.

We arrived in the beautiful town of Sremski Karlovci, at the well beloved Eco Center Radulovački, and were welcomed by the hosts with a special dinner party with live music, to break the ice. The live music turned to karaoke, at some point, and so the group had a very nice first chance to bond before the official beginning of the seminar.

On the first full day, we were joined by a representative of the Europe for Citizens program in Serbia, who presented the program and its opportunities, and by a spokesperson for Novi Sad Capital of Culture, who explained what actions and projects are being implemented and programmed for the years leading up to 2021, when Novi Sad will have the official title of European Capital of Culture.

We followed up with some teambuilding and discussion activities about identity, and then each delegation had the task of doing a short recap of the previous events, each presented by its host. The Polish group covered all events with a very nice photo presentation, and the German delegation had prepared a short documentary about their Reconnecting Europe journey which was screened later on.
You can find it here, if you’re curious.

In the afternoon we went on a short guided tour of the town and we visited the old highschool nearby, which is considered to be the oldest in Serbia, then we came back to prepare for the next day and discuss the project ideas that each group had thought about back home. 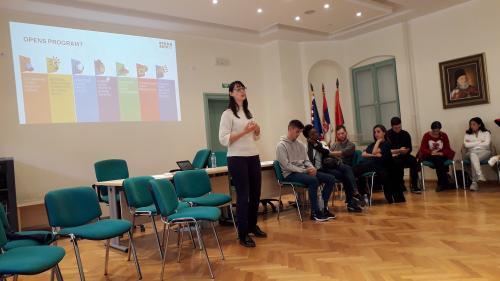 On Saturday we were joined by a representative of Novi Sad OPENS 2019, coordinators of the projects related to Novi Sad Capital of Youth, and we were told about the program and the many initiatives put in place.

We then had a workshop about project management and project writing. We brainstormed and then selected some interesting topics the group wanted to work on, and then the participants split in international teams according to their interests and went on to prepare their “project applications”, of which we then had presentations. 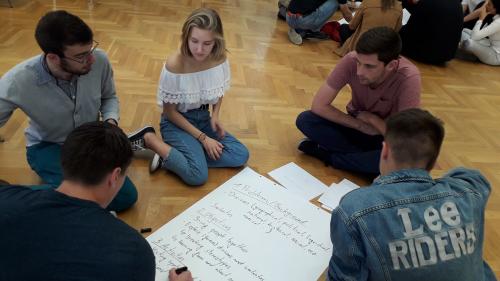 We had to wrap up quite quickly, though, because in the afternoon off we went to visit Novi Sad, where a very friendly guide told us a bit about the place and its many stories.

We then went to the Cultural Station Egység for the event we were all most excited about: a public panel discussion about “Reconnecting Europe”, moderated by one of the Serbian participants and involving as panelists one participant from each delegation - in our case, our youngest member, Lorenzo, who did a fantastic job! 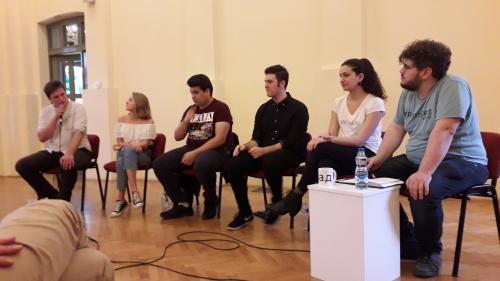 On the final day, the participants were free to enjoy the surroundings while the coordinators wrapped up with a final evaluation meeting. Most of our group took the chance to go to Belgrade to do a bit of sightseeing, while other groups went back to Novi Sad or enjoyed a walk through the nearby park of Fruška Gora.

The coordinators’ meeting was very positive, in the meantime, and although it went on a bit longer than expected, we managed to plan for the next big step: dissemination.
We are now preparing a toolkit collecting our favourite methodologies used by each group during the event they hosted, and we hope to be able to share the results very soon.

Stay tuned for more news, and in the meantime we take the opportunity once again to thank everyone who’s been involved in this long journey, from the beginning one year ago, and especially our participants, old and new, for their enthusiasm, curiosity and energy.
Until the next time, guys!